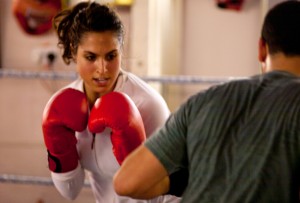 Yesterday was Equal Pay Day, (or #EqualPayDay if you’re into that sort of thing,) because the average woman will have needed to work until yesterday to earn what a man earned for the exact same job in 2014. And that’s straight-up ridiculous.

When I got my first full-time job after college, I was aware that there was a wage gap, in kind of the same way that I was aware that malaria exists in some parts of the world. A big problem, definitely bad, but not high up on my list of “things that are affecting me and need fixing right now”. You know, like the refrigerator breaking and my boyfriend’s entire hot sauce collection going rancid. That needs fixing, like, yesterday.

When I got hired by a tiny privately-owned startup, I was so over the moon about having a full time job that I never even tried to ask for a higher rate than what was initially offered. Doesn’t everyone worry that the job offer will be rescinded and handed over to someone less demanding if they ask for more money? It was a rookie mistake, but I was a rookie. I paid for it, and I learned better. I did my work and did it well for a full year, always doing more than was expected or asked, always leaving things better than I found them, always treating my boss with the utmost respect. Even though he often said… some excruciatingly stupid things.

Uh, Is That Legal?

On my very second day of training, he told me that he hadn’t intended to consider hiring any “females” since it would “change the vibe of the office”, but he had made an exception after seeing how good I was. Um…. thank you? I guess? Seemingly being unaware that it is very illegal to make hiring decisions based on gender and that only an idiot would actually admit aloud that he had done just that, he was apparently afraid that bringing a girl onto the team of three would kill all the office fun. (I’m happy to report that I managed not to ruin all the fun, and that smiles and laughs were had even after I was hired, disappointingly female and therefore joyless though I be.)

But, I stuck it out and did good work, and my boss recognized the value I brought. He offered me a 5% pay raise mid-year, without ever being asked, specifically because of a system I had created. When my one-year contract was due to be renewed, he happily extended another offer with higher pay. I had done my howework, Googled negotiation techniques, researched typical salaries for my industry, adjusted for geographic location and years of experience, rehearsed my ask, and I confidently offered a counter-proposal for more. (I would still be making a bit less than a similar professional in my city could expect, but I was committed to the fledgling company and decided I could live with it.) After some negotiation, I got more than he had initially offered, and you couldn’t have found anyone more proud of themselves than I was. I had earned every penny of that rate with my blood, sweat, and clever negotiating skills, thank-you-very-much. I was on cloud nine… until I found out what my coworker was making.

It’s in the Bank… Right?

You see, I had expected to be getting at least in the ballpark of what my male coworkers had made on their first contract renewal. But a few months later, when he and I were comparing, I found out that I hadn’t been offered what he had been offered after that first year. I hadn’t even been able to negotiate up to what he was offered– not even after the merit-based raise. In fact, I had been hired brand-new for less than what he was hired for–when our years of experience and credentials were almost identical.

The simple truth is, I’ll never know, or be able to prove, why my work was worth less. We had exactly the same job, we received comparable performance reviews, we worked the same hours, and we had the same level of experience.And I was receiving less money for it. Could there possibly be other factors to account for the pay discrepancy? Of course there could be. I’m certain my boss never had the direct thought, “Oh, she’s a girl, I don’t have to offer her as much” when he was drawing up contracts. But, consider this:

Getting Ahead in the Boy’s Club

It is relatively well understood (and documented) that sex-based discrimination is a major problem in the symphony orchestra circuit. (Stay with me for a minute, here.) A Princeton professor did a study on symphony orchestra auditions, and found a big gap in hiring favoring men. (A BIG gap–it was estimated that men were hired over 50% more often than women.) They found that when they introduced blind auditions, adding a screen so that the applicant could not be seen, the gap started to close, and more women were hired. But get this– there was still a gap, so they made a small change: they added a carpet so that the click-clack of high heels could not be heard on the stage. The gender gap all but disappeared.

(Of course, I don’t expect you to simply take my word on this– here’s the write up in the Princeton Weekly Bulletin, here’s an entire Reddit thread dedicated to experiences of sexism in the orchestra auditions, and here’s the whole freaking paper.) My personal favorite anecdote is in the reddit thread, where one commenter relates how “I had a music teacher once who said she wore hiking boots to auditions to hide her gender from the blind audition panels when she walked in, by tromping around in an unladylike fashion.” That’s how well-known this bias is–and that’s how hard women have to work in some fields to get around it, and succeed in spite of it.

That’s the crazy part– there aren’t even deliberately sexist decisions being made here. (Except for when there are–see my comments re: “I didn’t wanna hire a girl” above.) It’s subliminal. It’s automatic. These assumptions and, yes, discriminations, are in part due to ingrained biases that we don’t even know we have.

So… what do we do about it?

We get mad. Seriously.

Here is a big freaking round-up of resources with salary negotiation techniques and research tools. Spend some time clicking through, and use the info you find to be fearless the next time you get a new job, ask for a raise, or negotiate a new contract.

I’ve personally used or read these resources, and I recommend them. Psyching yourself up is half the battle, and information is your weapon. Tell us your story below– have you experienced gender-based pay bias, or do you suspect that you have? When you’re done, use these tools I gave you and go earn what you’re worth!

Let Resume to Interviews help you choose the resume or career consulting services that are right for you!